Dr. EsbernFriis-Hansen and Dr. Rasmus Pedersen both from DIIS, Denmark responding to questions from participants during the Discussion Session of the Annual Conference

A group photo of participants to the Timber Rush Annual Conference held at VETA Conference Hall in Iringa Region (December 10, 2019).

Prof. N.S.Y. Mdoe (Far right-hand side) with Mr. Justin Lusasi (extreme left) and Mr. Respikius Martin (at the Centre clarifying matters during the Plenary Session of the Conference.

Mr. Justin Lusasi, a PhD candidate sponsored by the Timber Rush Project, gave a presentation on his manuscript titled ““Why is my father is treating me like that?” Discrimination of women in accessing family lands in the Southern Highlands Tanzania”. 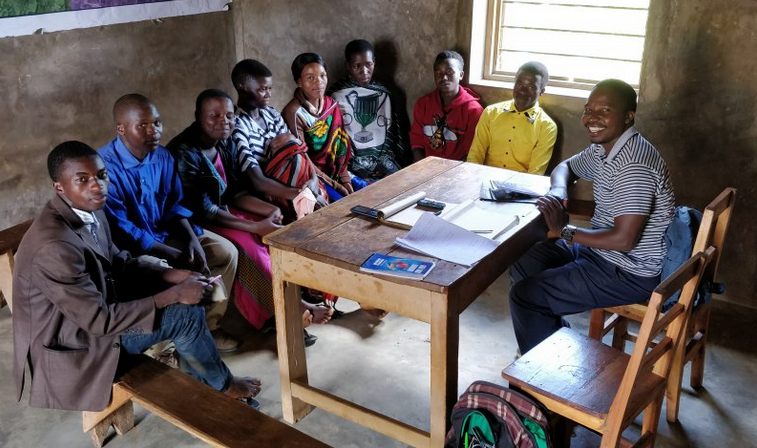 Land has been a bait for rich urban dwellers to invest in tree planting activities. In this way, land has been sold extravagantly with or without legitimate procedures. Some people have sold all land and lack plots for crop production, making them the hungry families, says PhD. student Justin Lusasi when explaning the importance of his work in the Timber Rush project.

- To many Tanzanians land is life, an asset, a natural resource, which even a poor family can rely on for survival and sustainable life. It is important to understand, monitor and moderate land business between villagers and tree planting domestic investors to avoid adverse impacts of land scarcity to local communities, says Justin Lusasi and talks about the ultimate risk of village land used for plantations to the extend where villagers no longer find a living in the villages. The landuse will change and some of the villagers will move. 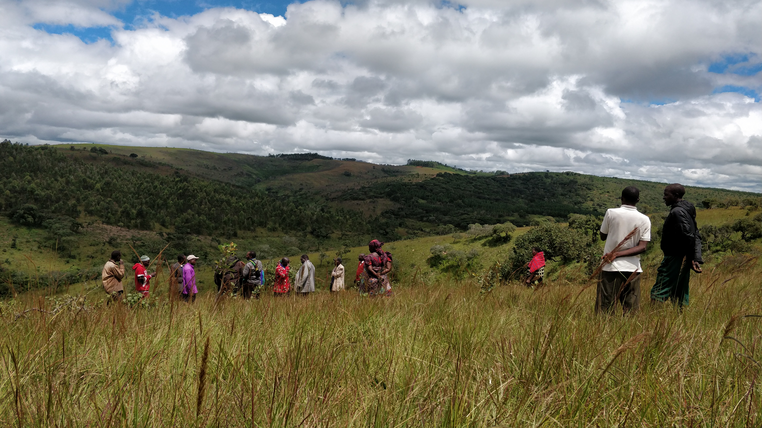 - The central point for both cases is the issue of power relationships among and between actors. Mapping power relationships along the value chain helps to categorize actors according to their power and how power is used. It is acknowledged that power asymmetry along the chain does not foster equitable distribution of benefits. Therefore, the exercise of power mapping is important for the identification of leverage points for intervention, says Respikius Martin. 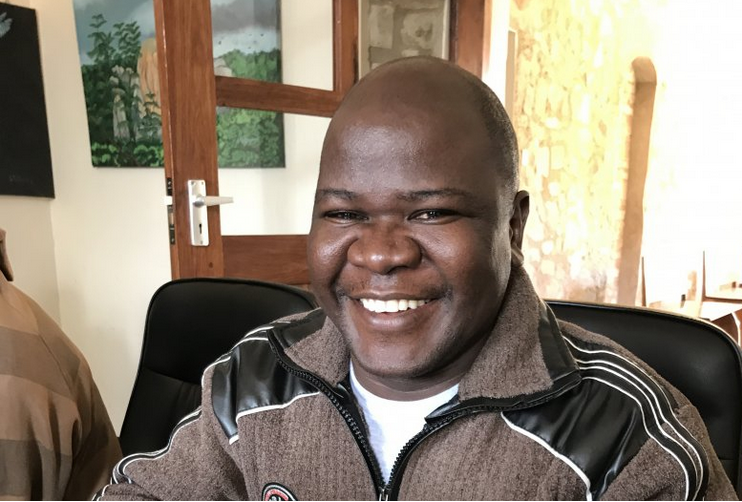 imber Rush investigates the scale and drivers of the current investments in land and timber in Tanzania, testing the hypothesis that investments are first and foremost driven by domestic factors related to increased market demand for timber for industrial use, particularly construction, nationally and in the East African region.

Timber Rush further investigates the impact of investments in land for timber production on local people’s access to and benefits from land and other resources, testing the hypothesis that the main beneficiaries of investments in timber production are to be found among the domestic investors based in Tanzania’s urban areas while local people bear the costs. Also, the Timber Rush project provides for capacity building to strengthen the social science approach to the study of forest and natural resource management at Sokoine University of Agriculture. 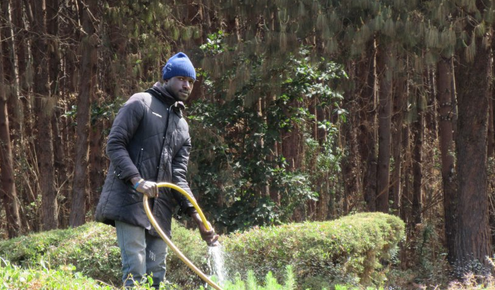 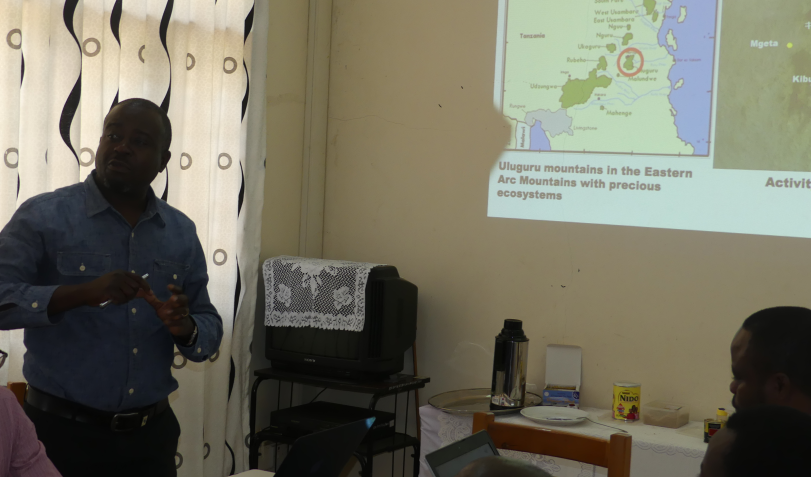 Dr. Nsenga, J.V. sharing the progress report from Timber Rush Project to the members of the College Board Meeting held in August 23, 2019.

Since the early 2000s the non-industrial private forestry (NIPF) investments have emerged as important sources of livelihoods to investors in the Southern Highlands of Tanzania following what has been dubbed as the “timber rush”.  The NIPF has been a subject of interest under the Timber Rush Project, which generally centres on contributing to a more equitable distribution of benefits from private plantations on village land through evidence-based policy making. Specifically, the project aims at investigating:

Since 2016 researchers from Sokoine University of Agriculture in Tanzania and Danish Institute for International Studies and University of Copenhagen in Denmark under the Timber Rush project embarked on fieldwork to address the objectives of the project. Thus, an open seminar organized by the Danish Institute for International Studies on June 4, 2019 at DIIS Conference Hall, Copenhagen, Denmark was meant to share some results with researchers and the general public.

Some of the key messages coming out of the live-streamed presentations include the fact that NIPF has led to the emergency of money economy in rural areas with attendant pros and cons. On the positive side, people investing in NIPF in both rural areas and emerging urban centres have recorded improved livelihoods by building improved housing, paying school fees, meeting medical costs and other basic household needs.

However, the negative side effects of this development is the fact that we are beginning to see the growth of landless people as a result of selling of own land, and consequently an increase in labour markets particularly casual labourers in rural areas. Besides, as a result of responsibilization government role in the governance of NIPF is limited. Instead, NGOs (e.g. Forest Development Trust) and donor funded programmes (e.g. Private Forestry Programme) as well as village level institutions including village governments and tree growers’ associations (TGAs) have assumed greater role in promoting the use of genetically improved tree seeds and management of wildfires, among others. Similarly, there has been limited support from the government regarding delivery of extension services to smallholder tree growers in the study areas. As a result, extension service delivery is mainly provided through donor support by Private Forestry Programme or Panda Miti Kibiashara and Tanzania Forestry Development Trust. Moreover, common lands are disappearing as more land is converted to planted forests while the increased pace at which arable land is being converted to planted forest pose a threat to household food security. Land related conflicts are on the increase. Resolution of conflicts is done using a variety of arrangements starting from the clan level through regional to national levels. It would seem that women and other disadvantaged social groups are being more vulnerable to the existing conflict resolution arrangements that are costly and thus unable to meet them.

Government should support strengthening of village-level institutions so that they are able to enforce by-laws for management of wildfires. Also, there is need for Local Government Authorities to provide subsidy to tree growers to enable them use genetically improved tree seeds whose cost is high using funds from revenues obtained through levy imposed on timber sales. 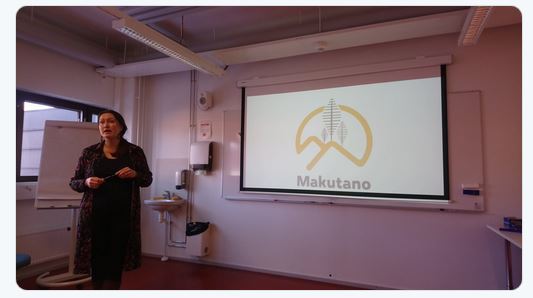 Irmeli Mustalahti launching the new Makutano ("gathering") project on collaborative forest management in the context of the translocal forest ownership and the ongoing "timber rush" in Tanzania. #aka_develop 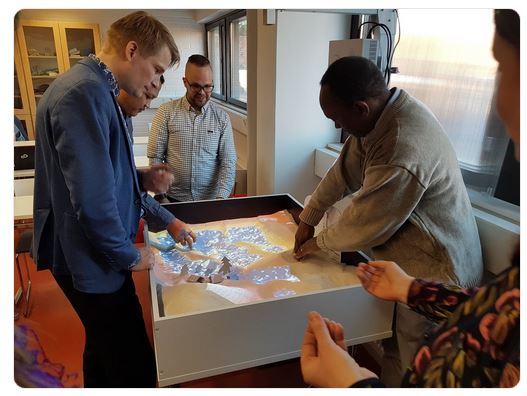